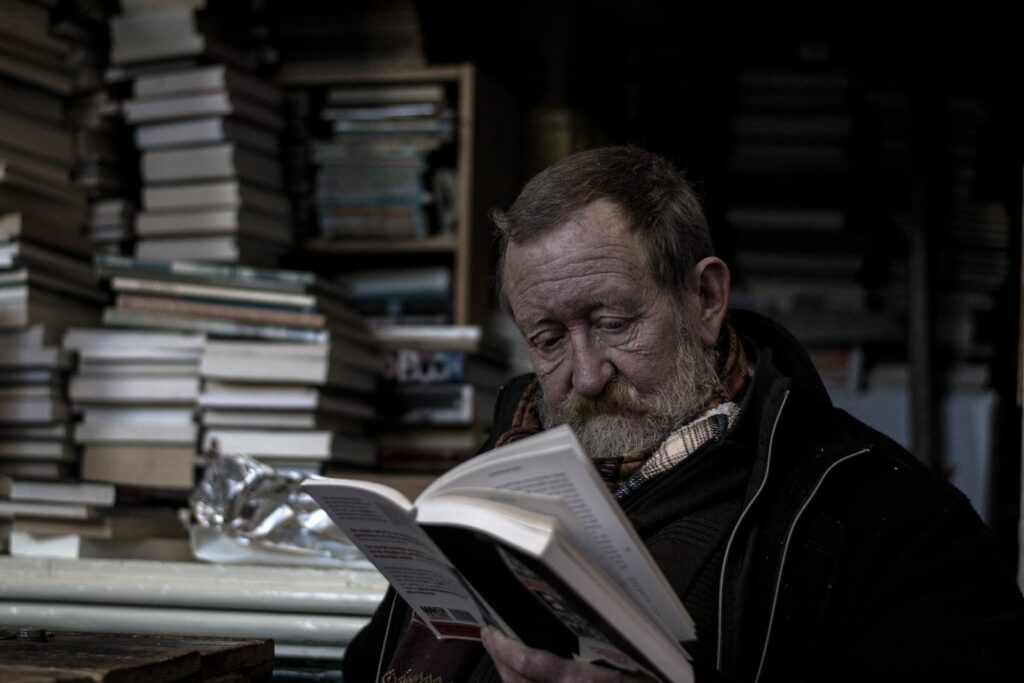 [NOTE: The fellow in this photo looks like the sort of person I would like to have read my novel and tell me what he thinks of it.  I’m certainly not against reader feedback but I see it as being different from the Beta Readers concept which I address in the following article.  But perhaps you see them both as the same.  Please leave your comment below.  I welcome differing points of view; they help clarify ideas.]

First of all, let me say that “Beta Reader” is a rather new concept to me; I’ve only heard of it, for the first time, in the past couple of years.  But it seems to be all the rage among fiction writers these days.  So what are beta readers?  Basically, they are an author-chosen focus group by which an author tests his/her work to see if it is viable (i.e. marketable).  And authors, these days, are encouraged to put a great deal of effort into recruiting, managing, and interpreting a beta reader circle and their responses before publishing their works of fiction.

Of course, there is always the disclaimer that ultimately the writer makes his own decisions about the content of his work.  But what seems obvious to me is that this beta reader idea sprang from the artificial reality of Academia who place so much value on “peer review” (i.e. reputation security) over originality of thought.  And, of course, it has the advantage of protecting one from being denigrated by one’s peers since, if your peers have all already read your work and given their input and suggested changes, then they will be far less likely to criticize the finished product—to your face, anyway—when it’s published.

Everyone, no matter who he is, when he reads your book becomes a critic; he makes certain judgements about your published work—the most important of which is: Yes, I’d read another book by this author or No, I won’t read this author again.  So what a beta reader circle amounts to is a group of critics who read your work in advance of its publication then offer their evaluations so you can “adjust” your manuscript to fix whatever problems these individuals might have with your book, with the idea that by doing so your book will appeal to a larger audience and sell more copies.  This reasoning, however, is flawed.

It’s flawed because there are an infinite number of potential critics who could read your book and each one will have a different view of the work AND their reading of your book will change depending on when they read it.  Anyone who is a reader knows this because sometimes we pick up a book and it bores us completely when six months later we pick up the same book and can’t put it down until we’ve read the last page.  What does this mean?  It means that meeting the expectations of a beta group today in no way guarantees a more enthusiastic readership tomorrow.  It’s simply impossible!

Then I think about some of the classic literature I’ve read and enjoyed over the years.  Take, for instance, As I Lay Dying by Willian Faulkner, which Wikipedia says is “. . . consistently ranked among the best novels of 20th-Century literature.”  Yet, I know without a shadow of a doubt that this novel by Faulkner (and several others of his) would drive most beta readers to the point of distraction!  I can hear them now:  “Use a frickin’ period, will you!”  Some of Faulkner’s sentences go on for pages.  Or what about Moby Dick by Herman Melville?  “These digressive passages you insist on inserting utterly destroy the story-flow.  I mean, who wants to know about all the classifications and sub-classifications of whales?  Just stick to the story, man, for god’s sake!”  And then there’s the Catcher in the Rye by J. D. Salinger.  In an apologetic tone of voice:  “Where is the story problem?  I read the entire book without ever knowing what the central conflict was.  They say it’s best if the story problem can be found in the first paragraph, but at least somewhere in the first chapter.  I think this is a major problem with the novel.”  And let me ask:  Where, on God’s green earth, was Emily Dickinson supposed to find a beta reader circle?  And what would they have said?  “Emily, dear, your work is just depressing.  And these are not really poems.”

You catch my drift.  If your goal is to write pablum, then by all means spend the tens or hundreds of extra hours it will take you to assemble and direct a beta reader group.  But if you want to write original fiction, then write until you become confident in your own ideas and skill as a writer.  Then let the critics say and write what they will.  Because, you know, they’re still not going to like what you’ve written no matter what it is.